SoWhat is an acronym for Supporting new Opportunities for Waste Heat And cold valorisation Towards EU Decarbonization. The project partners are developing an integrated software to identify and simulate how industrial WH/C could cost-effectively balance with the local community’s forecasted energy demand, and how this could be integrated with renewable energy systems. The tool, designed to support different stakeholders in auditing and mapping their energy processes, will assess the impact of energy processes on both a technical and non-technical level and help to reduce the cost of energy audits. This will be validated by 11 demonstration sites that will test the software in real operating conditions in industrial facilities.

The European project R-ACES aims to create ‘Eco-regions’ where heat and cold are exchanged, smart energy management systems are incorporated, and renewables are used. The vision of R-ACES is to support high-potential industrial parks and clusters in becoming such Eco-regions able to reduce greenhouse gas emissions by at least 10%. This goal can be reached by exchanging surplus energy, making extensive use of renewables, and bringing everything together with so-called smart energy management systems.

Energy Symbiosis (the selling and buying of excess energy) can lead to energy efficiency improvements, CO2 and cost reductions, new revenue, jobs and local investments. However, this potential remains unexploited because Energy Symbiosis projects are complex multi-stakeholder activities facing long lead times, high transaction costs, and a range of technical, financial and legal uncertainties before securing an investment. INCUBIS will deliver an ambitious Incubator programme to help stakeholders overcome these challenges and implement Energy Symbiosis projects at the local and regional level. 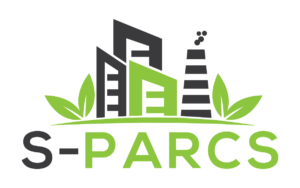 The pre-assessment of the seven Lighthouse Parks from Spain, Portugal, Italy, and Austria, which participate in the study, has shown a high potential for joint energy actions, many of which are transferrable to the community of S-PARCS Followers in the UK, Sweden, Turkey, Russia, Italy, Portugal, Austria and Norway. 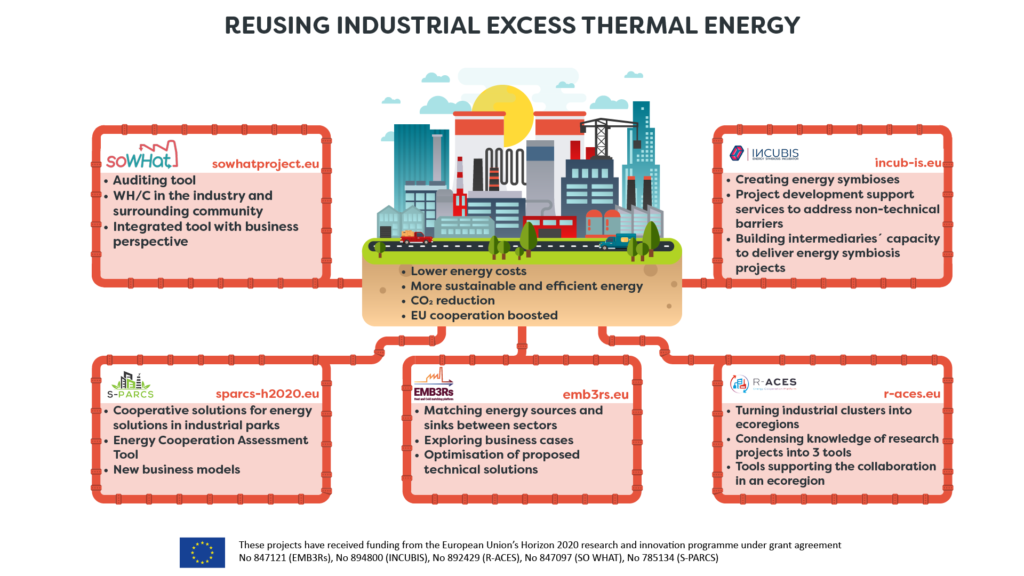 In Europe, more heat is wasted during electricity production than is needed to heat all buildings. By collecting the waste heat from both industry and electricity production and using smart district heating grids, it is possible to save all of the natural gas currently used for heating buildings in Europe. This would result in not only monetary savings, but also in a considerable CO2 emissions reduction.

This has been the focus of the Heat Roadmap Europe (HRE) study series since 2012. In the latest edition, HRE4 built evidence supporting the decarbonization of the heating and cooling sector in Europe and developed roadmaps for redesigning this sector by combining the knowledge of local waste heat conditions and potential savings with an energy system analysis. 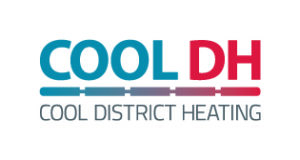 The objective of COOL DH action is to support cities in their endeavor to plan and deploy new, efficient district heating and cooling (DHC) systems, and extend and refurbish existing ones to higher standards. Thus it will be allowing greater uptake of renewables, recovering of excess heat or cold while improving the overall efficiency of the systems.

The overall aim of sEEnergies is to quantify and operationalise the potentials for energy efficiency (EE) in buildings, transport and industry, combining this bottom-up knowledge with temporal and spatial analyses to develop an innovative, holistic and research-based EE-modelling approach going beyond current state-of-the-art science based knowledge and methodologies.

Changes in one energy sector can contribute to impacts in another sector, so it is only possible to have a comprehensive assessment and quantification of the EEFP policies impacts if we look at the energy systems from a holistic perspective and take into consideration the synergies between sectors.

Bottom-up sectorial approach and grid assessment, together with energy system modelling and spatial analytics is combined in the novel EE modelling approach. 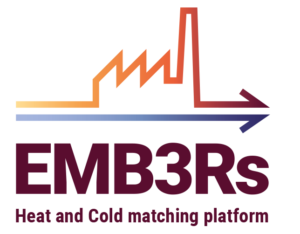